The EasyGov.swiss online counter is very popular with users, according to a study published by SECO on March 29, 2022. Since its launch in 2017, EasyGov has earned some 27 million francs or about 8.3 million francs a year for businesses in Switzerland. With active use, the counter can bring them an average annual saving of almost 1,300 francs. Currently, there are more than 55,000 companies registered on the portal.

EasyGov now targets a wide user base, consisting of the most diverse companies (legal forms, branches, etc.) from all cantons, mainly from Zurich and Bern. Between November 2017, when the counter was launched, and the end of August 2021, some 48,000 companies registered on EasyGov, representing just under 10% of trading companies in Switzerland. 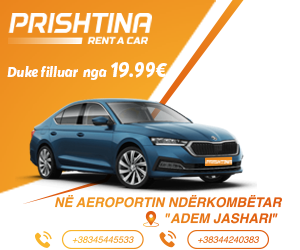 Follow-up progress in mind
By the end of August 2021, about 46,000 services had been completed through EasyGov, more than half of which were related to prosecution requests (51%), followed by company creation announcements (41%), two categories that thus already exceed 90%. of the requested services. Then there are changes in the trade register and requests with regard to working time. The information offers of the virtual counter are gladly used as a supplement. As the user survey shows, about a quarter of them go directly to EasyGov to get information.

Sole proprietorships are by far the largest user base, especially in connection with the creation of a business, while public limited liability companies are the largest customer base for prosecution claims, but also for many other services, such as requests related to working time or change to the trade register.

High customer satisfaction
EasyGov’s customer satisfaction is high. More than half of registered companies say they are very satisfied or somewhat satisfied, about a quarter have a neutral opinion and less than one in ten is dissatisfied. The level of satisfaction offered to users immediately after the conclusion of a service, in the form of a star system, gives EasyGov an even more positive picture: the five stars, i.e. the best rating, were awarded in more than 60% of the reviews, which indicates that satisfaction is very high immediately after the process. In addition, more than 60% of the users indicate that EasyGov offers them a large or very large added value. Time saving is considered the main advantage.

However, the results of the study point to improvement potential. In addition to improving user-friendliness, users mainly want other administrative procedures to expand the offer and for EasyGov to be developed as a central platform for accessing government services.

A few numbers in brief