The production of goods and services is at the heart of our globalized economies and the impact on the environment is more than significant. However, COP26 has largely overlooked the means to make it more sustainable, regrets Professor Thomas Cottier, a long-time member of the World Trade Organization (WTO). 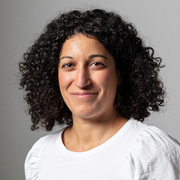 The products we all consume come from all over the world. And for the majority, they are not the result of sustainable processes. Ex-boss of the World Trade Institute, former Swiss negotiator and then player in the WTO system, Thomas Cottier appeals to governments.

By making the right decisions to regulate trade, by rewarding imported goods that have been produced in a sustainable way, the Swiss believe it is possible to make a significant contribution to the climate goals of the last UN climate conference ( COP26). As a reminder, there is talk of limiting global warming to 1.5 degrees C compared to pre-industrial levels and of mobilizing at least $100 billion a year to finance developing countries’ climate transition.

Thomas Cottier illustrates his point with the recent free trade agreement between Switzerland (with EFTA) and Indonesia, which allows subsidized imports of palm oil as long as it is produced according to sustainability standards.

However, the question of how trade measures could curb climate change was only raised at the latest COP in Glasgow last November. A missed opportunity, according to the professor emeritus of the University of Bern. For him, governments should focus their action on green infrastructure and industrial production rather than consumers.

swissinfo.ch: What conclusions do you draw from the decisions taken?

Thomas Cottier: The decisions taken in Glasgow under the 2015 Paris Agreement are essentially unilateral commitments by states. The international community doesn’t really have the resources to make them binding. If countries like India or China don’t make a clear commitment, it’s hard to do much. Moreover, there is too little funding for climate adaptation measures in developing countries. Not to mention that industrialized countries have yet to commit to their contributions to the Green Climate Fund. [une plateforme globale destinée à répondre au changement climatique par l’investissement dans des projets à faibles émissions] and other resources.

In other words, more needs to be done…

Absolutely, I would say yes. At COP2, there was no real discussion of trade measures that would further the objectives of the conference. Many measures taken by countries will have consequences for international trade in goods and services. Countries should seek common ground within the WTO. So far, this Geneva-based organization and its members have taken a rather passive approach. They refrain from proactively addressing climate change or biodiversity issues, except in the ongoing fisheries negotiations, which aim to reduce fossil fuel subsidies to fleets.

What business issues do you think should be addressed first?

The most important concerns the recognition of production processes and methods (PMP). These determine the production of goods and services. Whether a product is sustainable or not is becoming increasingly important. Market conditions vary depending on the sustainability of the production cycle.

For example, recognition of PMPs facilitates market access for steel produced sustainably using hydraulic and thermal energy, wind and solar hydrogen. On the other hand, it imposes higher customs duties on polluting products resulting from the use of fossil fuels.

WTO dispute settlement makes it possible to take this into account under certain conditions, but the issue deserves to be negotiated more broadly.

The importance of processes and production methods

According to the Organization for Economic Co-operation and Development (OECD), the term PPM (Processes and Production Methods) is defined as the way products are produced or transformed and how natural resources are extracted or harvested. They can have a major impact on the environment. The processes and methods used in a production can affect the characteristics of a product and are likely to pollute or degrade the environment during its use. A method or process can also directly harm the environment by releasing pollutants into the atmosphere or water.

PPM policy is an important tool to promote sustainable development. For example, they stipulate that producers bear the costs of environmental damage.

Is it fair to say that PMPs are useful tools for understanding a product’s entire supply chain and assessing its sustainability? How can we determine the true environmental impact of a product?

Under traditional non-discrimination rules, imported products are subject to the same taxes and regulations as domestic products. In theory, the production methods are irrelevant. The principle of sustainability, which balances economic, social and environmental requirements, changes this equation. Protecting labor standards and environmental issues such as climate change and biodiversity are now central.

PMPs enable importing countries to assess the environmental and social impact in the country of production. It is not a question of tracing the origin of all products, their components and the manufacturing methods. Which would be impossible in practice. The focus is on a number of highly polluting products such as cement, steel and other metals, electricity and other basic products.

At this stage, we are still too dependent on voluntary and unilateral commitments, which remove any obligation under international law. That is why we must refine the system through trade measures and create an adequate framework for it within the WTO or, similarly, in an integrated way in bilateral preferential agreements.

The Palm Oil Free Trade Agreement between Switzerland and EFTA [l’Association européenne de libre-échange] on the one hand, Indonesia on the other hand is a recent example. This agreement implements the PMP paradigm shift. Preferential tariff quotas for palm oil imported from Indonesia are linked to sustainable production methods and agreed standards.

You mention a positive example from Switzerland, but Swiss voters rejected the proposed CO2 law. In which areas can Switzerland improve?

The rejection of the CO2 law should teach us the importance of taking technology transfer measures that are compatible with social justice. It is difficult to treat cities with dense public transport networks in the same way as rural areas where people depend on cars or district heating. Approaches that are too consumer-oriented are difficult to get through a referendum. It would be better to focus on infrastructure, manufacturing, industry and transitions in the longer term. This offers opportunities to create growth, new technologies and new jobs.

Switzerland’s efforts to combat climate change are insufficient, according to a review by the think tank Climate Analytics. If other countries followed the same path, temperatures could rise by 4 degrees Celsius by the end of the century. In addition, imports have increased significantly in recent years, resulting in a larger environmental footprint. The outlook is rather bleak…

Indeed, if imports are included in the overall footprint, Switzerland has a lot of work ahead of it, at all levels of government, federal and cantonal. Much depends on the policies of the major cities, which must be strengthened. The energy transition is a major challenge for all countries, but especially for direct democracy. Switzerland will need to work closely with the EU to meet its climate targets. At the international level, the country could present trade initiatives to the WTO and be serious about profiling its global financial sector on sustainable investment. Corporate social responsibility remains on the agenda.