Located on the roof of a department store in Tokyo, nestled in the heart of the Swiss Alps or installed outside the Arctic Circle in a fishing village in Norway… Football fields have always managed to take a place in their environment for the greatest delight of players, amateurs and professionals.

A short world tour of these seven playgrounds emerging from the frame.

In the Italian capital, the Campo Gerini Stadium is located next to the remains of a Roman aqueduct completed in 1587 under the papacy of Pope Sixtus V. Inaugurated on April 27, 1952, this football field is used by Roman amateur footballers and, in particular, Atletico Diritti, a club founded on the initiative of two Italian NGOs that bring together migrants, prisoners and students. 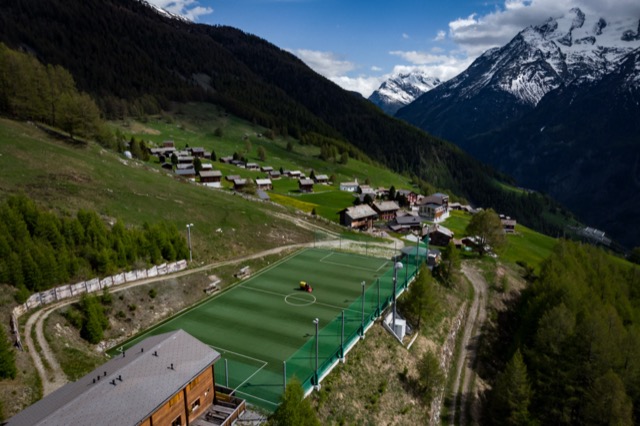 Located in the middle of the Swiss mountains and glaciers, this stadium is the highest in Europe as it sits at an altitude of 2,000 m in the hamlet of Gspon, located in the canton of Valais. It culminated in hosting the first European mountain village football championship alongside Euro 2008. Since its inauguration, this artificial pitch bears the name of Ottmar Hitzfeld, the former coach of Switzerland. 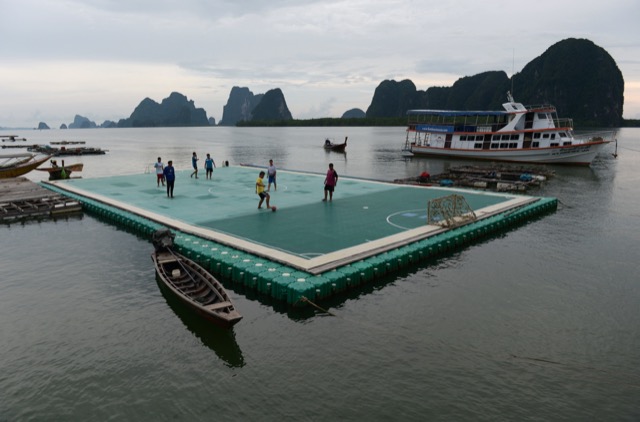 In the enchanting setting of Phang Nga Bay, in southern Thailand, this soccer field is built on stilts in the fishing village of Koh Panyee. Shortly after the 1986 World Cup, villagers wanted to express their passion for football at home and decided to start their own club, imagining a floating playground. In this highly touristic region, it quickly became famous and has since attracted many visitors who have come to discover this must-see on Koh Panyee. 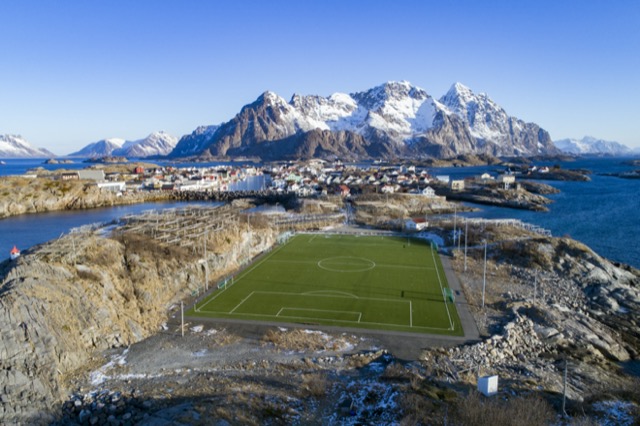 Located on one of the Lofoten Islands, in Norway, and embedded in the extraordinary mineral landscape of Henningsvaer village, this amazing and beautiful synthetic football field has gained worldwide fame, especially since the advent of social networks. Located outside the Arctic Circle, this small green rectangle is lost in the center of the rock and the cod drying racks are used only for amateur football matches. Now it is a very popular tourist spot especially for all football lovers 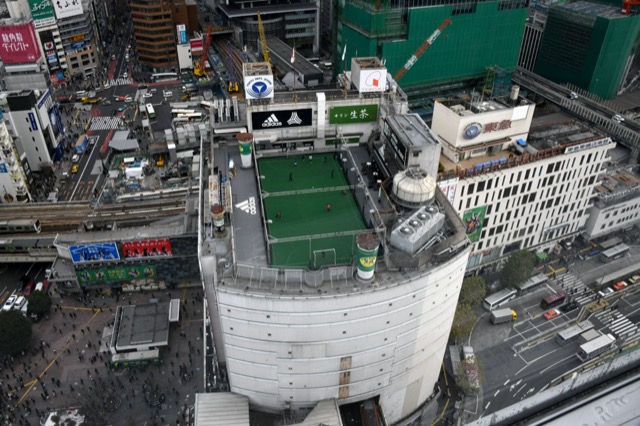 In the fascinating and bustling Shibuya district of Tokyo, the roof of the Tokyu Toyoko department store has been home since 2001 to Adidas Futsal Park, a stadium completely surrounded by safety nets, reserved for the practice of futsal, a sport related to football. It was built for the World Cup held in Japan and South Korea the following year. 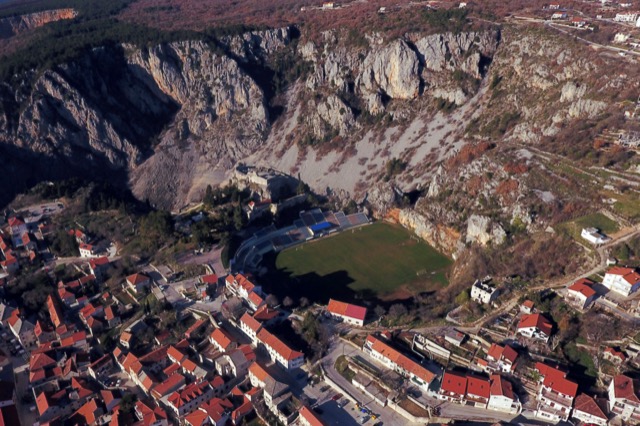 The stadium of the city of Imotski, dominated by the ruins of a fortress built in the Ottoman era, is located on the edge of an impressive precipice, with Lake Modro at the bottom, one of the two famous lakes of this region of Croatia. Completed in 1989, this 4,000-seat sports arena hosts a football school and the matches of NK Imotski, the local team that played in the 2nd Croatian Division for a long time before being relegated to the 3rd Division since 2013. 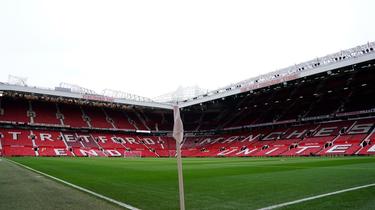 Note that Croatian international Ante Rebic, the current AC Milan striker, played on this turf between 2008 and 2010 as a junior football player. 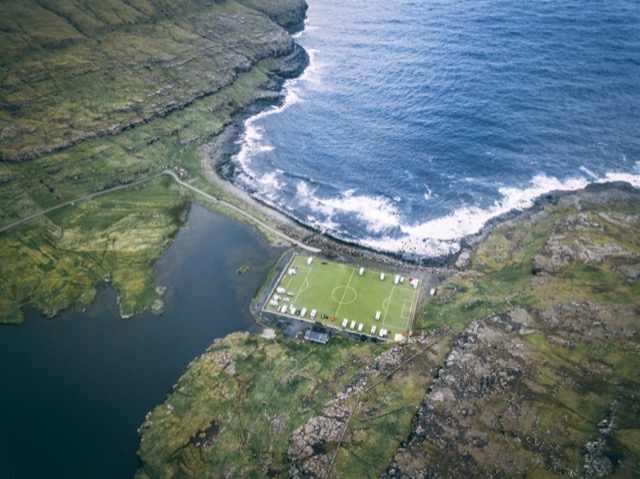 This atypical stadium in the village of Eiõi is located on the island of Eysturoy in the Danish Faroe Islands, between Iceland and Norway, in an environment between the mountains and the Atlantic Ocean. Until 2015, it served as the football ground for EB/Streymur, the local club, before being replaced by a brand new stadium built in a more protected site closer to the village. Since then converted into a camping site, the artificial pitch is no longer used by local footballers, but by tourists from all over the world in their motorhome or caravan.