In Taupins’ garden it gets busy in the kitchen. Or rather around a new transportable tool to share and create in the Park (Produce, Eat, Meet, Create), in Tannerre-en-Puisaye. “We’ve been thinking about a mobile kitchen layout for five years now,” says Pauline Daviet, co-founder of the association that promotes local food autonomy.

Designed by chef Gilles Narbeburu, the kitchen is retractable. The total investment in the park is approximately “€70,000, 80% subsidized by France Relance: €43,000 for the kitchen, plus a vehicle to pull it, equipment and stainless steel tables”. In 2021, a France Relance call for projects (“Local and Solidarity Food”) offered investment support.

“The kitchen, designed to weigh less than 750 kg, can be towed by any vehicle. When folded, it measures 1.50 m by 2.50 m. The big advantage: we are nearby and all together on the island at the center” , explains Pauline Daviet. “There you can go to people, in a public square, among farmers and develop even more curiosity. By the way, this object is a bit of a UFO!” Autonomous in gas, the equipment includes mouth, plancha or even water reserve. “Oven, refrigerator and hot water when connected to electricity”, details of the Park

The unusual installation whets the appetite and local partnerships, such as the beneficiaries of food parcels from Toucy Entraide and refugees controlled by Viltaïs. Add four professional chefs, four farmers, the CPIE Yonne-Nièvre and Bonjour Cascade.The mobile kitchen brings people together, such as this workshop ‘cooking meat’ on 29 April. (photo VT)

On Friday, April 29, 2022, a cooking workshop in Tannerre with the Local Mission of Auxerrois, more specifically young people in reinforced civilian service of the Toucycoise antenna, simmered through the device “From the fields to the plate”.

“Egg yolk, oil, mustard.” Ryan plunges into the mayonnaise and then goes frying pieces of poultry. Cooking teacher at the Vauban secondary school in Auxerre, Clément Voisin supervises the small, motivated brigade. Challenge of the day: cooking meats, including baked lamb (smoked paprika, salt and olive oil), yogurt and mint sauce, and lamb stew with potatoes. “We started with the same piece of meat, a leg, with two different cooking methods: long cooking with the slightly tender, fatty and firm pieces, and fast cooking with a more tender part.” 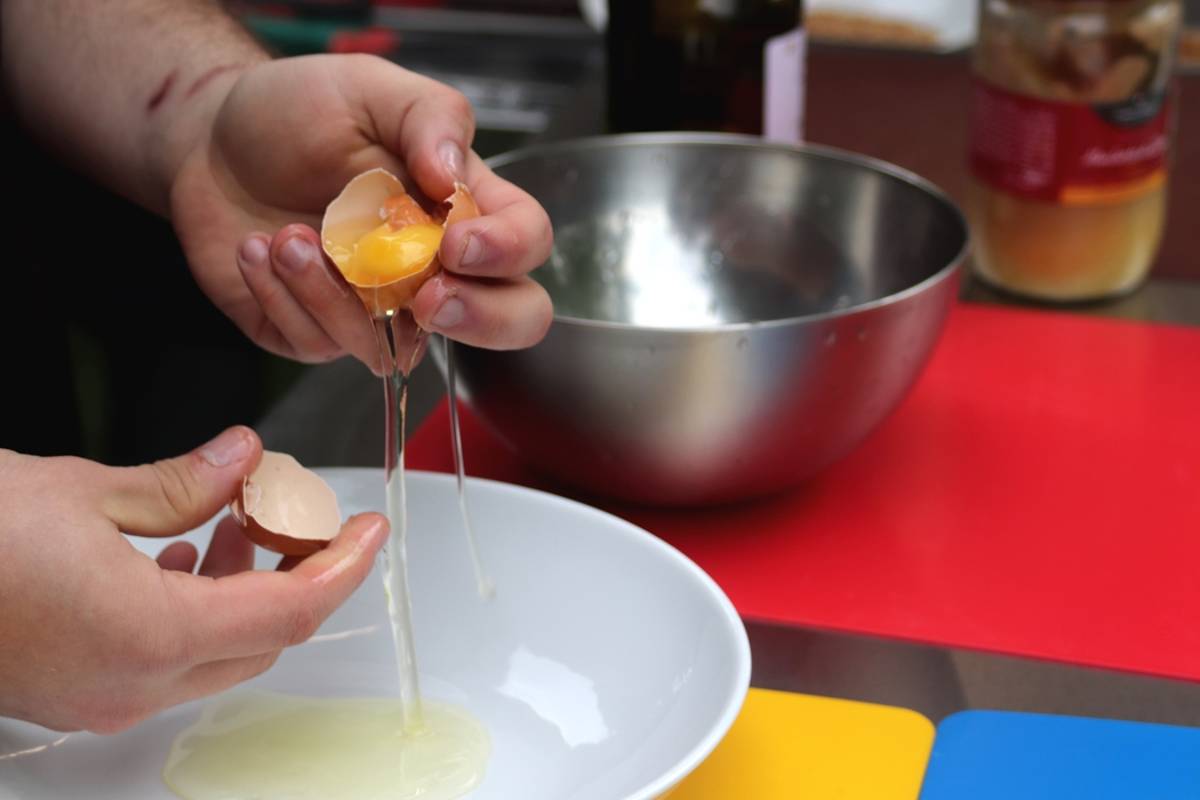 Preparation of mayonnaise for Ryan, one of the youngsters in the reinforced civilian service integrated in the device “From the fields to the plate”. (photo VT)

In total, eight young people aged 16 to 25 attend twelve sessions, including visits to four producers: grain producer, meat producer, goat producer, horticulturist. “During these farm visits, we bring the mobile kitchen, cook the products in a very short time and eat together. They immediately see the link between the fields and the plate.” Two other chefs, Aurélien Billon and Coralie Joubert, participate in the device. Louise, an employee of the Park, is also concerned with the origin of the products.

Young people behind a pop-up restaurant on June 25th

The other workshops, more focused on technology, are given in the raw materials garden. Vegetables and desserts in the following themes. A final step will be to think about a menu, with a view to a short-lived restaurant to be organized in the Park on June 25. “They will invite their families, the mobilized farmers, cook for 50 people, so it’s no joke,” the association emphasizes. 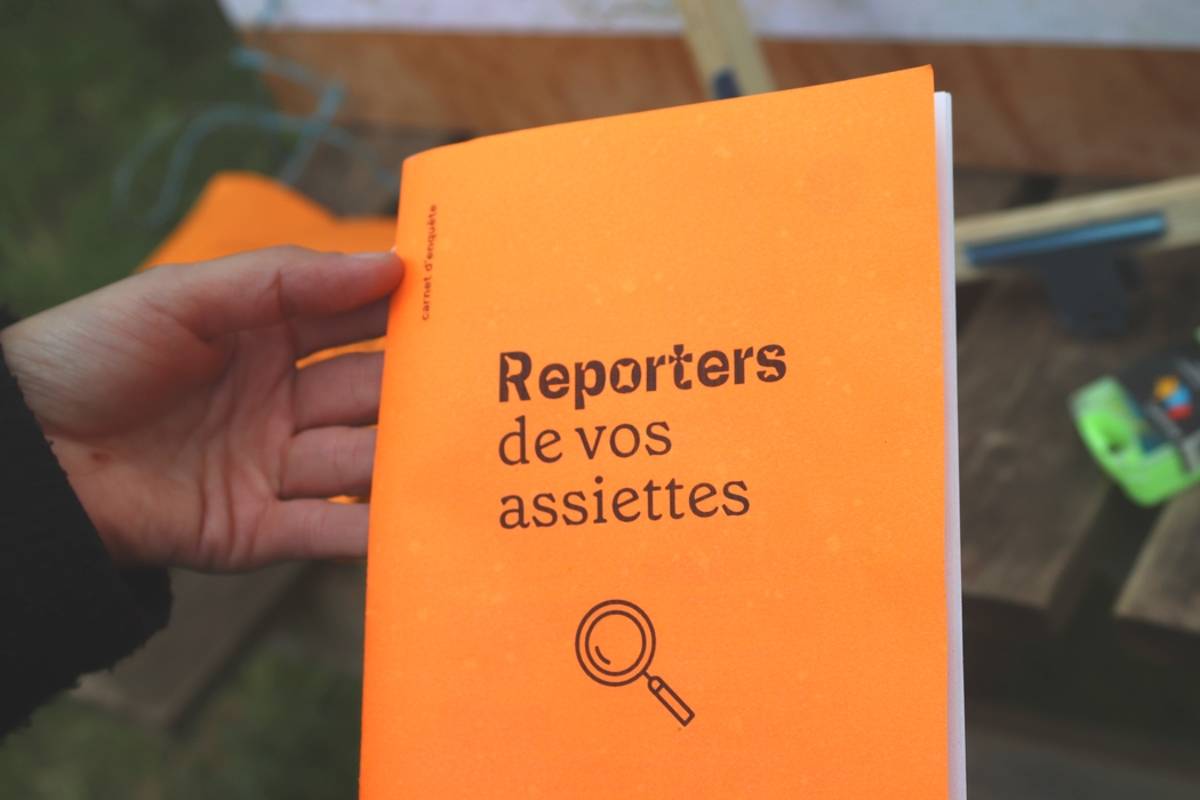 The youth of the Local Mission will describe their impressions in writing. (photo VT)

What emerges from the experience is a discovery of flavors, techniques and valued abilities. “Never in life will you put an apron on me,” Steven stated at the start of the project. Today he is “too proud to peel asparagus, to have seasoned the chicken for the group,” says Pauline Daviet. “They take pleasure, the little pride for us.” What does Quentin, 20, conclude from Ouanne? “I like the group spirit, how to know how to eat well, how everything is cooked well. Cooking is a good discovery for me, but… I won’t go into that (smile)† 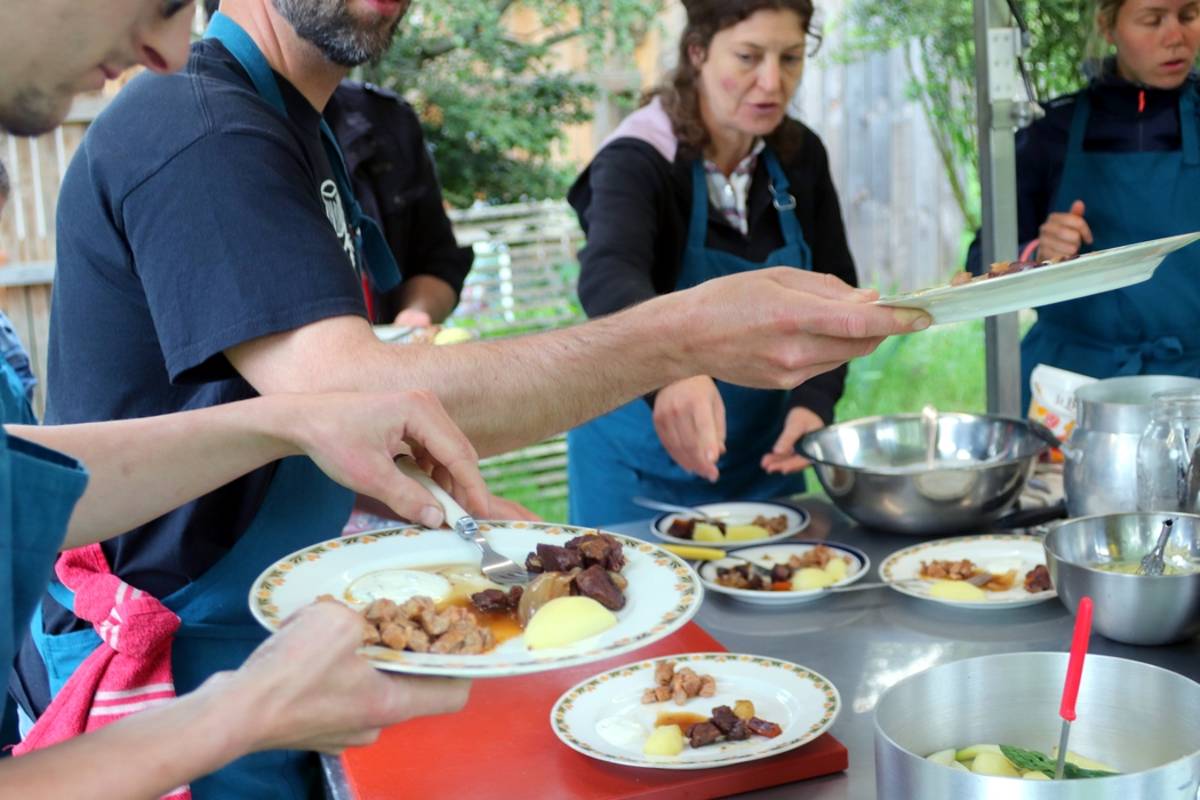 meters. “A mobile kitchen like this is nice”, says Camille Labro, culinary journalist at World† “I have a house in the region. A few months ago I met Pauline and Antoine (founders of the Park), who asked me to sponsor this project that I think is brilliant. Everyone should learn to cook, create vegetable gardens. Grow, cultivate and cooking, the world would be better off,” emphasizes the Parisian, who also founded the association L’École edible.

premium Environment Collective garden in Saint-Sauveur-en-Puisaye: what does this space look like a year after its debut?