Journal du Japon had the chance to get carried away for a dinner in Chef Kosuke Nabeta’s sensitive universe at Sola. A symphony of flavors at the crossroads between France and Japan. A moment of tension in the warmth of this little pearl of 20 tables nestled in the heart of the 5th arrondissement of Paris.

Chef Nabeta took over from chef in 2017 Hiroki Yoshitake and a managed to give Sola back its lost Michelin star in just one year after the fire that destroyed it that same year. His commitment and discipline are palpable in every bite. Let us guide you.

Flee from the sounds of lifeit’s time for dinner 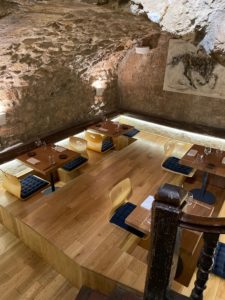 Hidden in this small alley at 12 rue de l’hôtel Colbert, not far from Notre Dame, solo shows a minimalist and intimate shop window. It is a little oasis of calm, a pause, a moment in the chaos of Paris. The muted lights invite you to slow down and let yourself be rocked by the rhythm of the place. Two rooms, two atmospheres. Upon entering, the ground floor looks like a small traditional French inn. You eat at small wooden tables, or at the counter (on request). Downstairs it’s a different story. The descent of the steps makes us gradually lose touch with reality, as if numbed in a waking dream. The stone and wood of the structure provide a warm and soundproof cocoon. Welcome to the Japanese lounge. We eat there on the way horigotatsu: sitting on a pillow on the floor, legs in a hole.

Upon arrival in the room, the hostess first installs us in the cloakroom to deposit coats and shoes. Because yes, we put on slippers to eat Japanese style! Once at the table we are completely detached. Moreover, because the telephone network no longer works. So it is 2h30 free, where your senses are stimulated. The menu is a surprise, it is only communicated at the end of the evening.

A taste of childhood 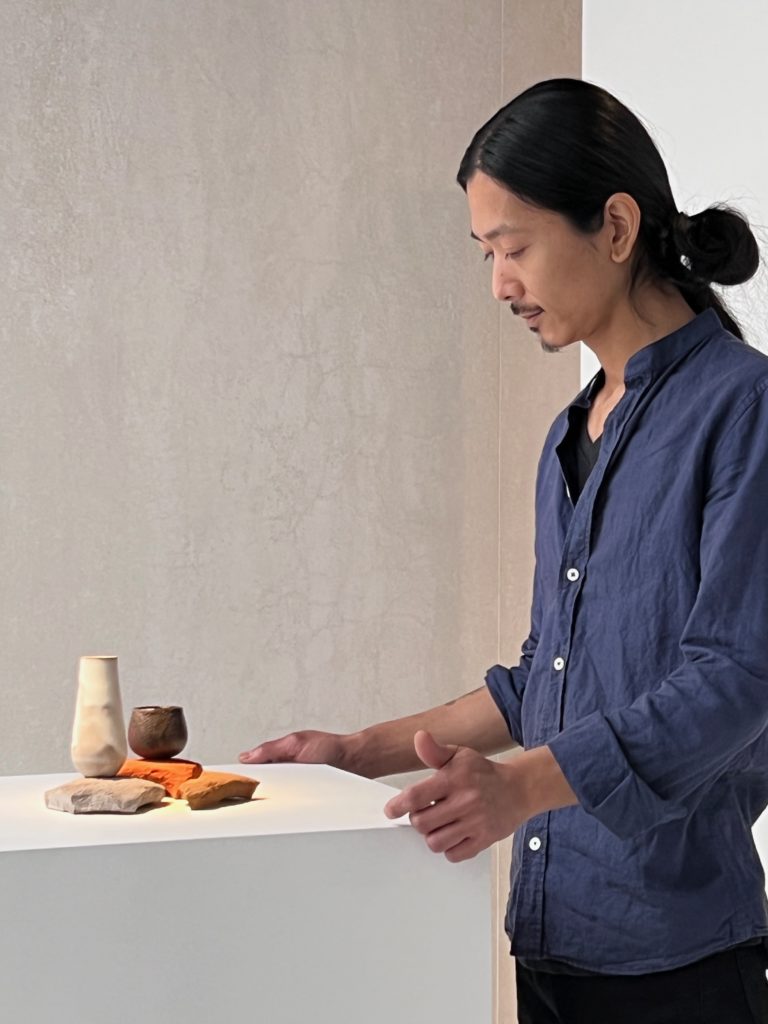 To understand the chef’s approach Kosuke Nabeta, you have to dive into your childhood memories. His cuisine is based on the harmony of the cycle of the seasons. He learned it together with his mother on the warm island of Kyushu. The southwesternmost of Japan’s main islands has a predominantly subtropical climate. She gave us the motsu nabe : fondue with pork and beef tripe in a soup made with soy sauce and garlic; the Mizutanic : chicken stew served with ponzu; the very famous Japanese Skewered Chicken : juicy chicken skewers, or the Tonkotsu ramen : one of the most famous types of windows in the world. And Kosuke Nabeta †

The talented chef was not destined to become a star chef. His aggravated artistic sense makes him a handbook of talent in fields as varied as guitar and ceramics. Intrinsically linked to Japan, ceramics are a central element in the glorification of dishes. The pleasure of food goes through the aesthetic aspect. This basic principle is a fundamental element of the kitchen of the Chief Nabeta† Among the pieces of his tableware are his own creations that feel as beautiful as they are pleasant. At the age of 25 he realized that cooking touches the 5 senses and allows him to express his creativity at the highest level. So he devoted himself completely to it and started by leaving Kagoshima, his native country, to go to Tokyo, first with the aim of becoming a musician there. Artist and aesthete, her overflowing creativity is now concentrated in her dishes. While working in French and Italian restaurants in Tokyo, he fell deeply in love with cooking. He will leave Japan to continue his education in 2017, first to London and then for our great pleasure finally arriving in Paris by participating in the launch ofHRE† It will then resume solo in 2018.

The Omakase: unique menu in 7 stages

Penetrate into the heart ofomakase † I introduce myself to you in Japanese), let yourself be guided by the chef’s fantasies and tastes. There is no dish described in advance. The waitresses, each more passionate and benevolent than the other, ask you to savor every bite, analyze the associations, the textures, the cooking techniques. They give no indication of the dish being served. So let yourself be carried away by the rhythm of the services, the smells, the colors, the contrasts with the dishes modeled by the chef himself from the bottom of the French vineyards. A meditative experience that is as intense as it is tasteful.

The ceremonial begins with the amuse-bouche: a Japanese Zen garden with a touch of every dish to come. The waitress advises us to start the tasting with the spoon placed in the middle of the Zen garden. Above this is a beautiful demonstration of the molecular kitchen, with a powerful in a bubble of water dashi from shiitake and konbu garnished with a mushroom. All around an oyster submerged in its shell in tosazu light (bonito broth) that goes beautifully together and contrasts with the dominant flavors of foie gras smoked with sakura wood on a sweet bed of figs and almonds. Finally, the freshness and tenderness of the tuna tartare contrasts with the crunchiness of the rice chips it rests on. A waltz of sensations that transports us one after the other from surprise to surprise. The tone is set. 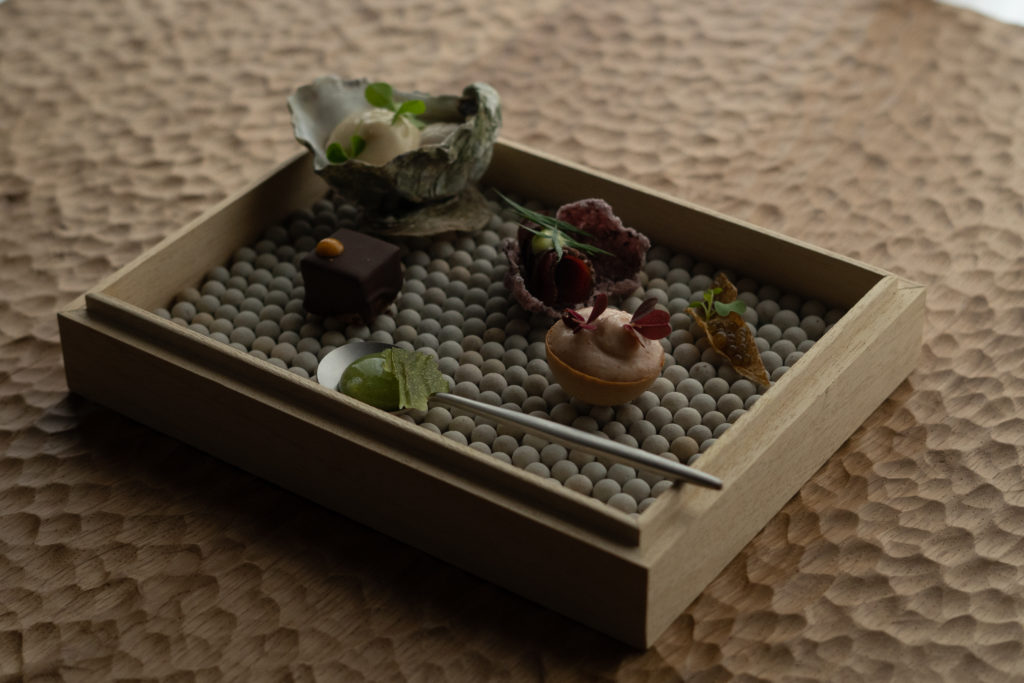 This is followed by the first starter: a tuna from the North Sea in tataki marinated in garum accompanied by ponzu, black radish, oyster and leek; the second: Saint Jacques de Normandie in style Rikyu age and Aburi † then the third: Pays de la Loire foie gras, smoked with sakura… a range of dishes with subtle flavours, each accentuating or enhancing the other. Sometimes the delicious and juicy eel mixes with the crispy and tasty risotto with expertly grilled black truffles. It’s then the turn of the leg and rack of milk-fed lamb to be enhanced with a subtle yet bold flavor thanks to charcoal cooking. A touch of the master. Japan marries France with delicacy, without dominating, but elevating local products to their highest potential. Leader nabeta is delivered in short circuit and reuses everything in the kitchen. He is a methodical, precise and calm conductor. He lets time take its course and respects the cycle of the seasons by taking the best of each and giving them his delicate touch. His favorite technique: binchotancharcoal cooking originated in southern Japan, initially Wakayama, then spread to Shikoku and Kyushu.

The service ends with the sweet notes of amazake, yuzu and buckwheat cleverly hidden in our daily desserts. Time stood still for a moment, too short! Eyes still dreaming of the sensory journey, it’s time to put your shoes back on and head upstairs. The phone reconnects to the outside world and starts beeping again as we return to the Parisian bustle in the cool of the night. An unforgettable experience. 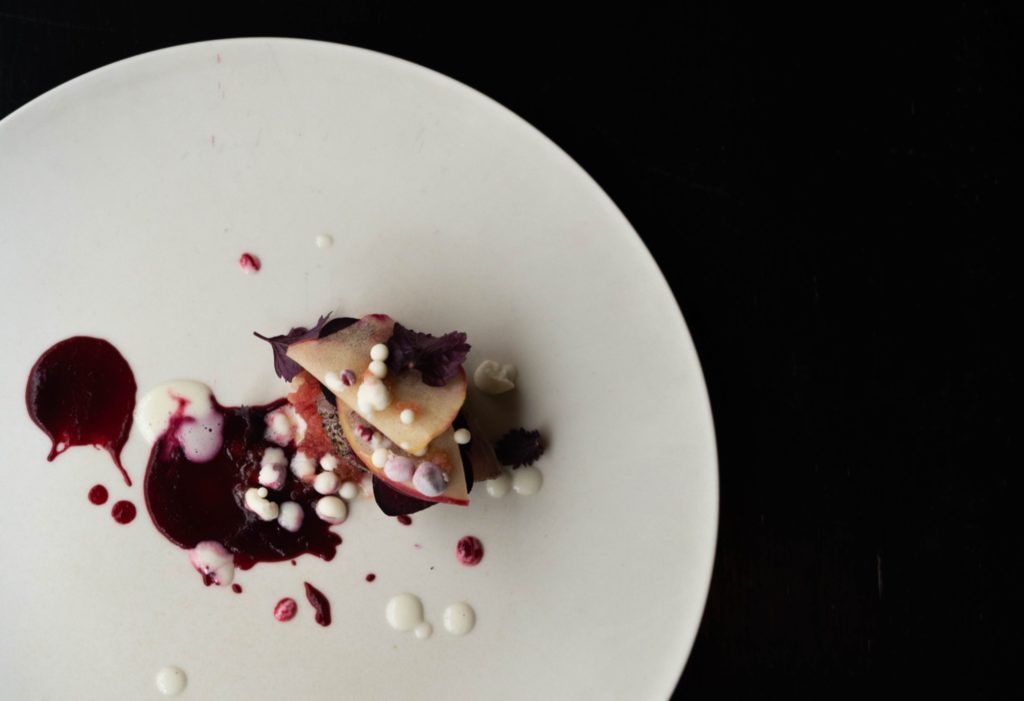 If you also want to close yourself off from Paris for an evening for a sensory journey between France and Japan, Sola is the right place for you! High quality seasonal products, worked with all the know-how of a star chef. Let yourself be guided and lose touch with reality.

To dine
every evening, Tuesday to Saturday
Tasting menu in 7 sequences
130 euros